Considering the mega success of the Star Wars franchise, it's a wonder that more Star Wars chess sets are not available on the market today.

We're going to take a look at some of the best sets and where one might - and we want to stress the word "might" - get some of them.

Since the first Star Wars film was released in 1977, there has been a sensation for anything and everything Star Wars. Chess sets, of course, are no exception.

Here is a quick look at the top five Star Wars sets ever to make it into consumers' hands. 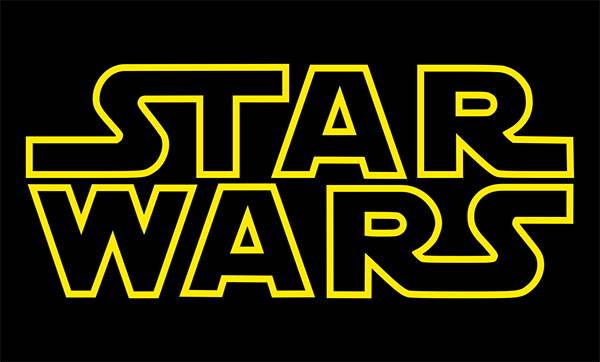 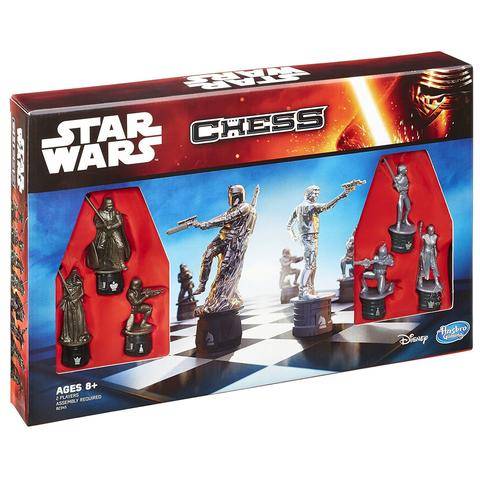 This set made it on to our list for two simple reasons:

Why didn't it make it higher in the list? We were not impressed with the overall quality.

Like they always say, you get what you pay for. It's a great "budget" set for those who love Star Wars and want to play chess; however, beware that the pieces are built of plastic and some complain that they tip over easily. This is not a set we carry, so one would need to get this Star Wars Chess Set at Amazon or a local toy store.

With that said, we're still huge fans because Star Wars chess sets are very difficult to come by, and getting your hands on it is not too challenging.

If you're into DIY projects, this one's for you!

It may sound like a copout to suggest that you create your own. But let's face it, there are not many official sets out there, especially that have been released in the last couple of decades.

Considering the availability and popularity of LEGO® Minifugures, one could get their hands on the appropriate Star Wars figures, and build a chess board out of LEGO® too. In fact, what kid in America wouldn't want to help with such a project?

Pictured is a board built by a woman for her husband and submitted to the LEGO® Ideas website. Her husband is a huge fan of Star Wars, LEGO and chess, so this was a birthday he probably had no problem remembering.

LEGO® gave her major props, and we think this is something someone with a passion for all three could easily pull off. 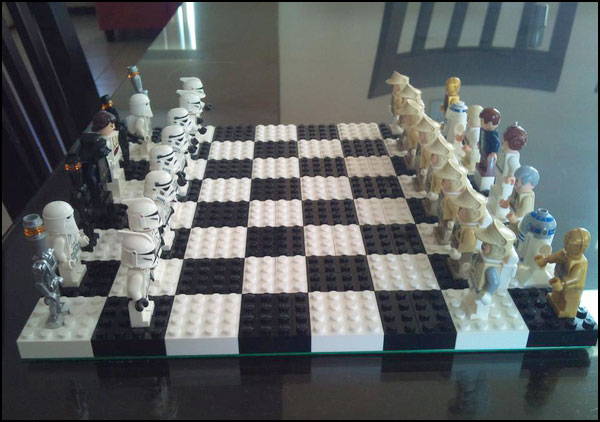 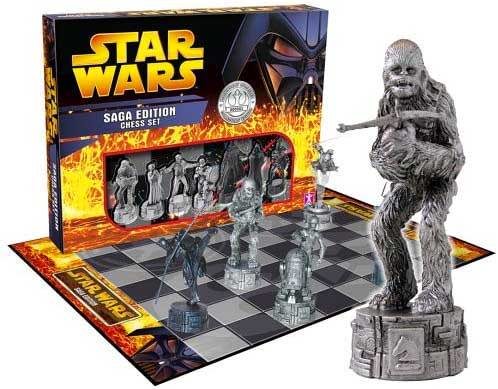 It's always fun when a creator branches from the status quo to design something epic. Some would claim that is what is accomplished with this Saga Edition set.

The pieces in this chess set are incredibly endearing. There are stories of people getting it to teach their kids chess, but the youngsters get so swept up in the characters themselves, they forget to play the game!

In a perfect world, these pieces would be made of a strong metal, but then again, that would bump up the price and make it less attainable. If fun to look at and attractive chess pieces is your top goal in a Star Wars set, and being low on the durability spectrum is okay, this could be the set for you.

Kids wanting to "play" with these pieces when not playing the game of chess itself? That could be a good thing. Especially if your child shows little or no interest in chess, but is an avid fan of Hollywood's most epic space-opera. This could be the gateway to get them acquainted and versed in the game of chess, and hooked!

If they can play chess, while enjoying characters from one of the most successful movie franchises in history, all the better.

If you saw this set in person, you might be so impressed, you'd wonder why it's not in the number one spot? Honestly, it was a tough call. The aesthetics and excellent build of this Star Wars Chess Set by Gentle Giant, a company known for its collectibles from movies and comics.

This set is going to take a much bigger chunk of change than the previously reviewed set, but for good reason! For starters, these figures are made of pewter. They are built to last and feel solid in your hands.

As if the chess pieces aren't mesmerizing enough, the raised chess board with Star Wars detailing could push anyone sitting on the fence to a purchasing decision!

The reviews we've read have been nothing short of positive. At one time, we carried this collectible set in our theme chess sets line.

It is still listed on Amazon, so that may be the best way to get your hands on one. Released in 2012, although production is done, they're bound to surface from time to time. Keep your eyes peeled!

As mentioned before, the aesthetics are absolutely stunning. If it weren't for the sheer challenge involved in obtaining the set that made it to the number one spot, this Gentle Giant collectible might've at least tied for number one. 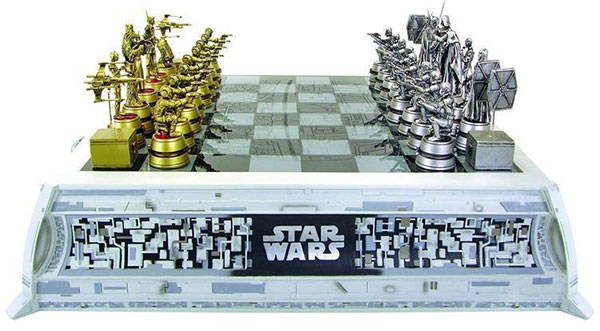 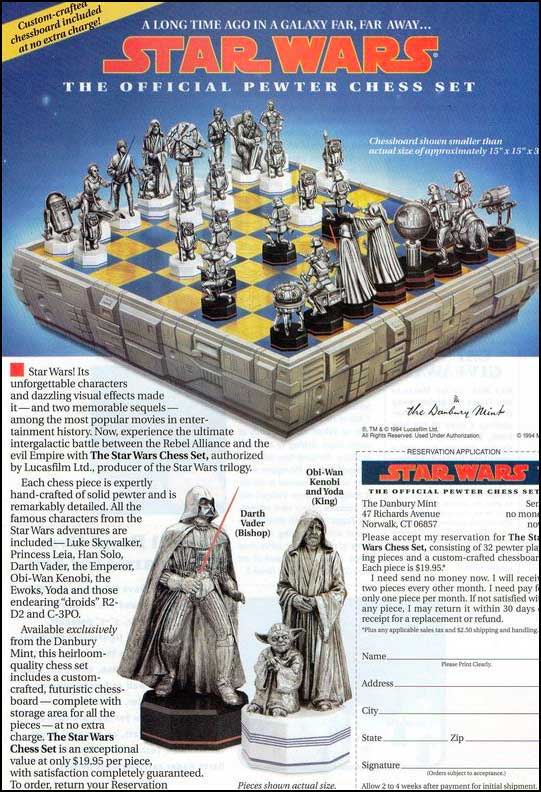 Our favorite in this search for the best official Star Wars chess sets is this pewter version by Danbury Mint. Not only does it look great, but the difficulty in purchasing this set when it was released in 1993 makes us want it that much more! (Don't we usually want what we can't have?)

If you wanted this Star Wars set, it was only available through mail-order (note the ad to the left). Pieces would be delivered two-at-a-time, every other month, meaning it would take almost three years for a complete set!

This set features characters from the original trilogy, The Empire Strikes Back and The Return of the Jedi.

In partnership with Royal Selangor, Disney has released a beautiful new set. It is made of pewter, and the craftsmanship looks superb.

If you'd like to check out the set before we have an opportunity to post a review, here is a paid link to the set on Amazon.